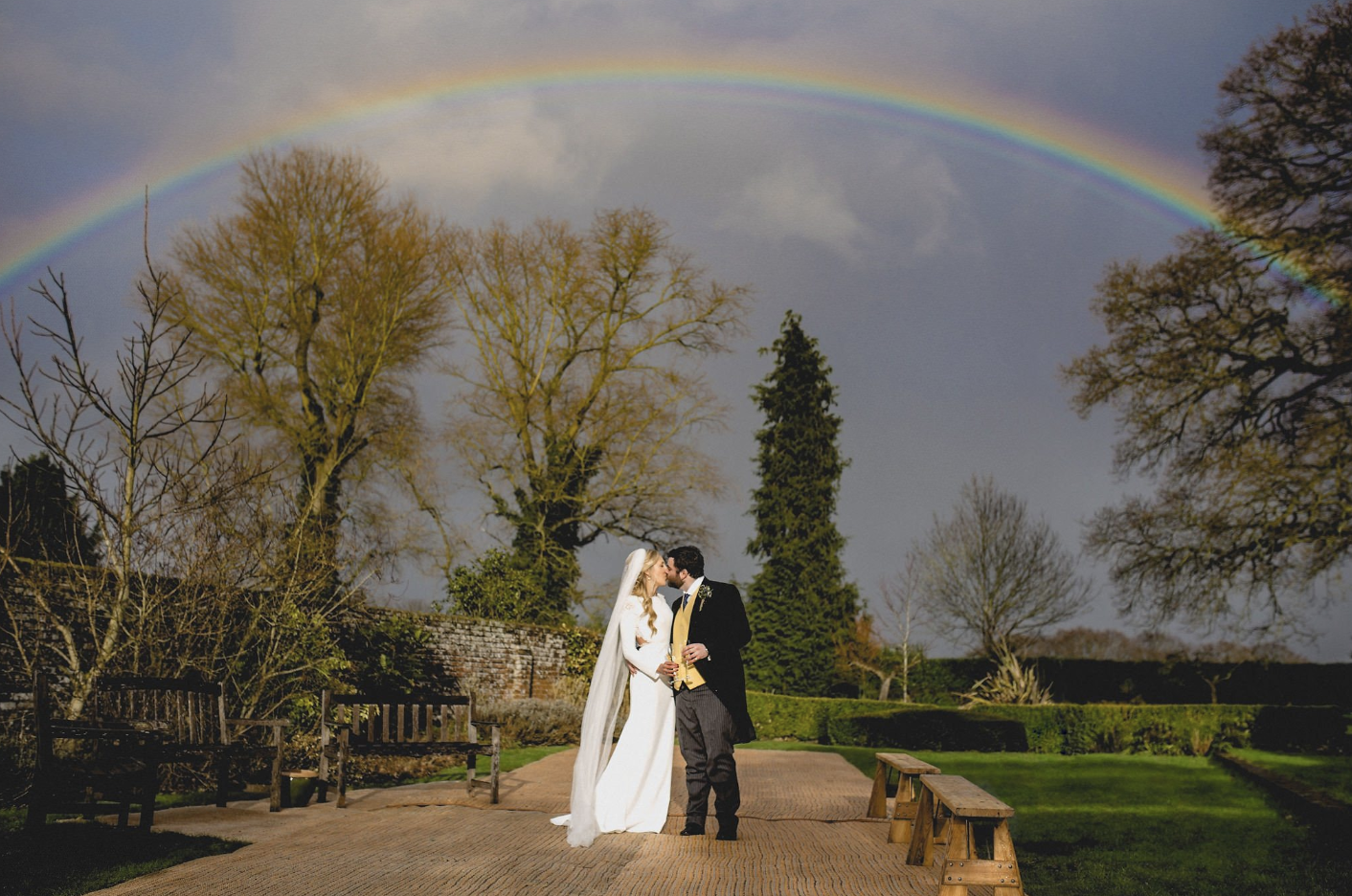 Traditions. Love em or hate them, they have been around for centuries and you just can’t shake them off! But how many are you considering for your Big Day?

If you’re planning a tipi wedding, you are obviously a free thinker and don’t necessarily conform to the norm. After all, your wedding should be unique and personal, and doesn’t have to tick anyone else’s boxes of what is right.

But even down to the colour of your wedding dress – white was only considered popular when Queen Victoria chose to wear a white dress (instead of just her best dress) for her wedding to Prince Albert in 1840. White is associated with a symbol of purity and virginity it isn’t always first choice for second, or first time brides! But spending your pre wedding night with family or friends will give your fella a treat if he hasn’t seen your dress yet- and his face on first sight will be priceless. 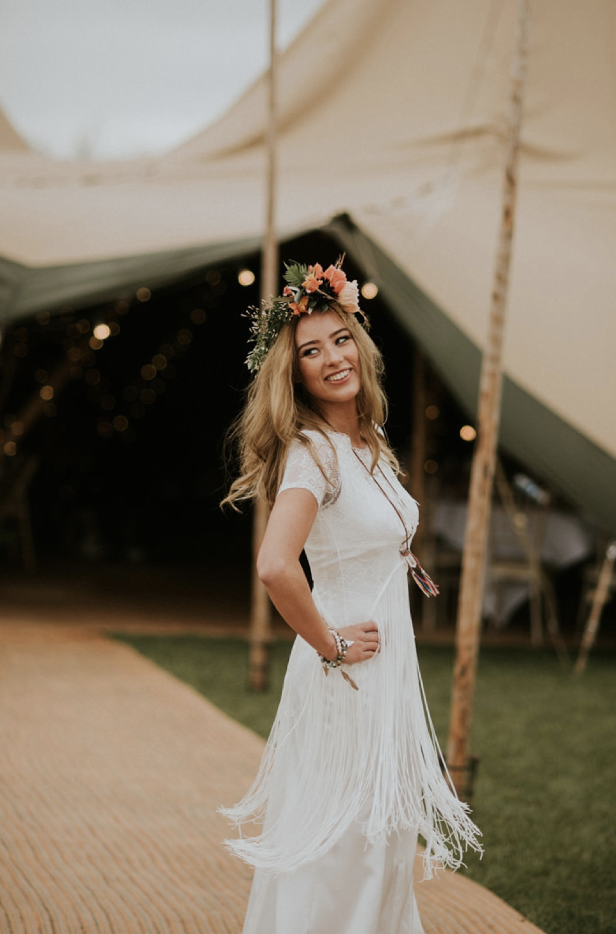 Here’s the lowdown on the most popular trads- thankfully you can pick and choose or use none at all!

Whoever thought of showering the newlyweds with ripped up pieces of paper? Think of the cleaning!! This happens outside the church/chapel/registry office after the ceremony and began in Italy, where flowers, petals, grain or rice were thrown over the couple to bestow prosperity and fertility on the couple. Natural petals or bio-degradable confetti are a popular choice these days, and the confetti shot is a very popular wedding photograph!

Getting carried over the threshold

A romantic notion for the bride’s wedding night? Maybe…, but the historically, by doing this, the husband is protecting her from any evil spirits lurking in the doorway or inside the house when they come back from honeymoon.. 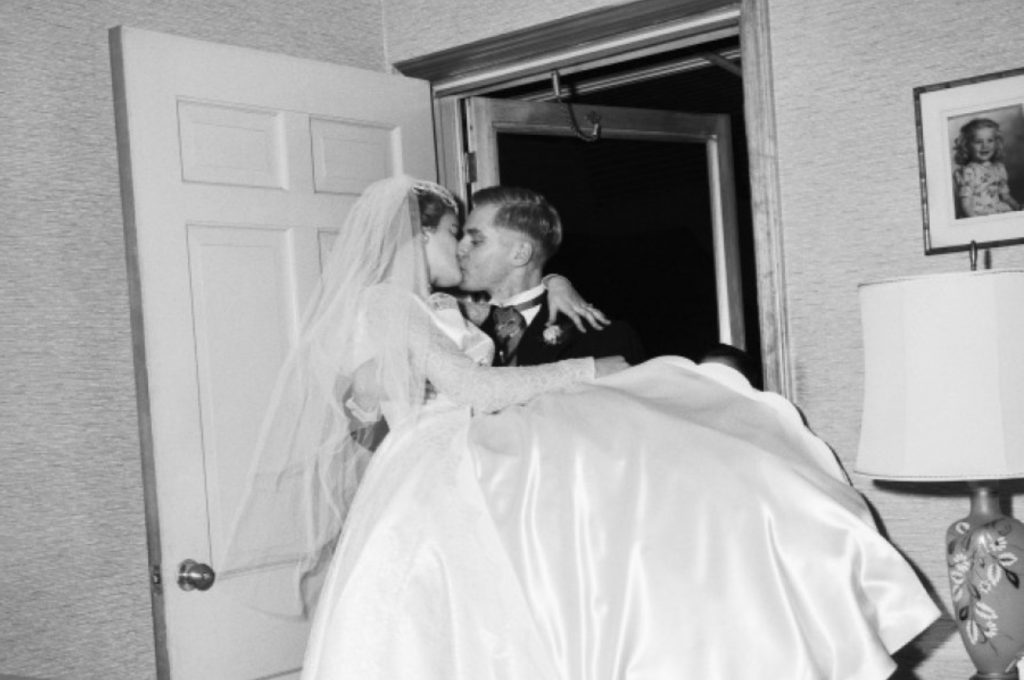 Wearing a wedding ring is one of the most obvious statements about being married. In Roman tradition, the rings were worn on the fourth finger of the left hand because they believed there was a special vein found in this finger that directly connected to the heart…there isn’t! Simple gold bands are the most popular as they symbolise everlasting love. Awww! 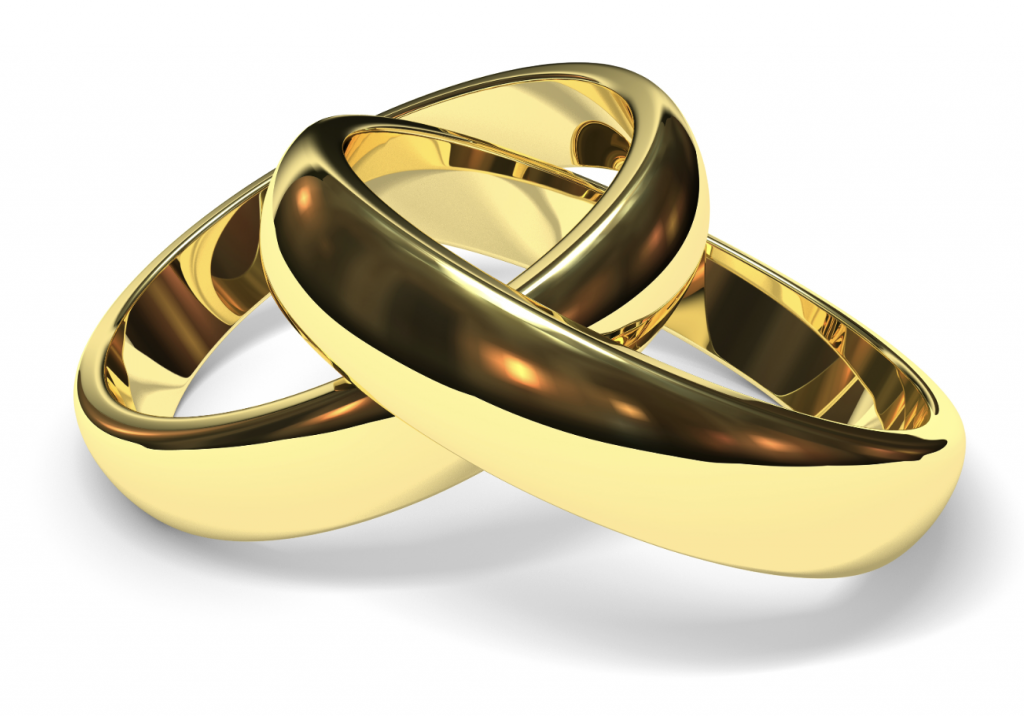 This applies to brides, and is actually quite an easy tradition to adopt. Wearing something old symbolises continuity with the past and normally comes from an older family member or is a family heirloom. Something new could be as simple as new shoes; Something borrowed is often a hair pin or tiara and something blue is more often than not a cheeky garter! 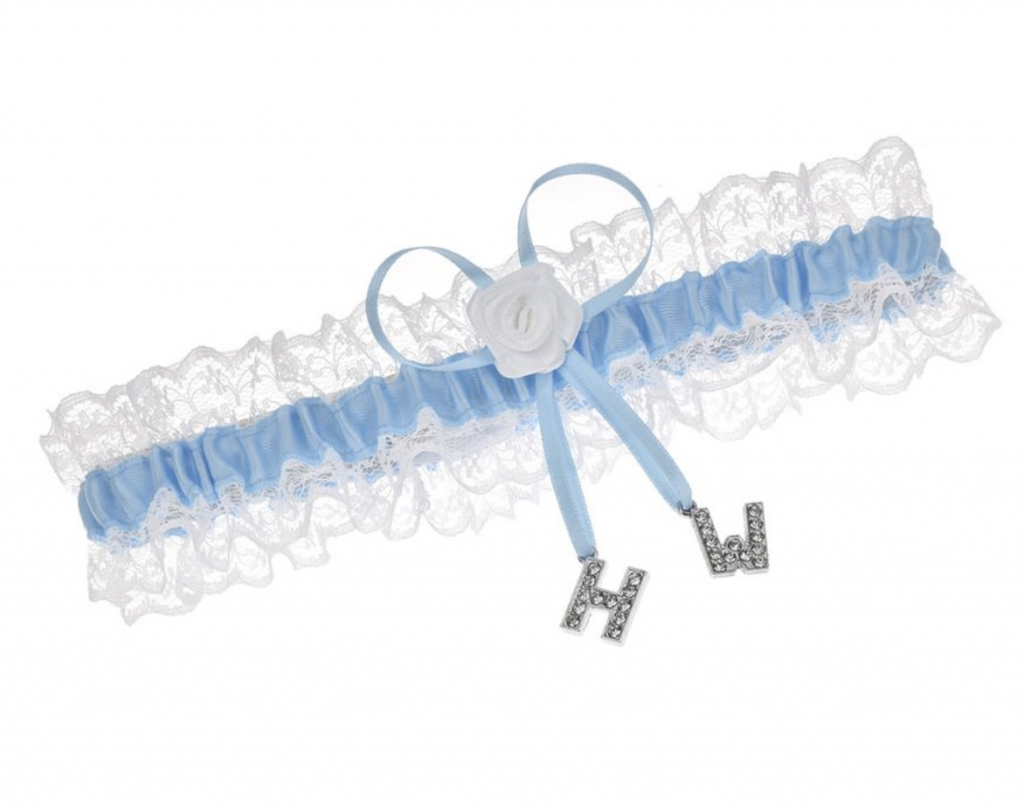 And thankfully something else we can thank the Romans for! This hungry race scoffed their cakes during the ceremony as they couldn’t wait until reception! Traditionally this is a fruit and nut cake to symbolise fertility.

Now there is an another much used photo opp when the happy couple cut the cake, and the modern three-tiered iced cake is generally thought to be inspired by the shape of the tiered spire at the aptly named St Bride’s Church in London. Some couples keep the top layer of their fruit cake, which should last the duration! And bring it out again for the christening of their first child. *This only works with fruit cakes; sponge cakes will disintegrate!

If you haven’t seen the film ‘Bridesmaids’, this is a must before your big day.. The Chief Hen, or Maid of Honour generally has the job of organising the hen do, but traditionally this is a group of the bride’s closest female friends or family who surround her and protect to her from evil spirits on her wedding day. In Roman times they would dress identically to the bride in an attempt to confuse these vengeful spirits, but thankfully there is a bit of leeway with this now! 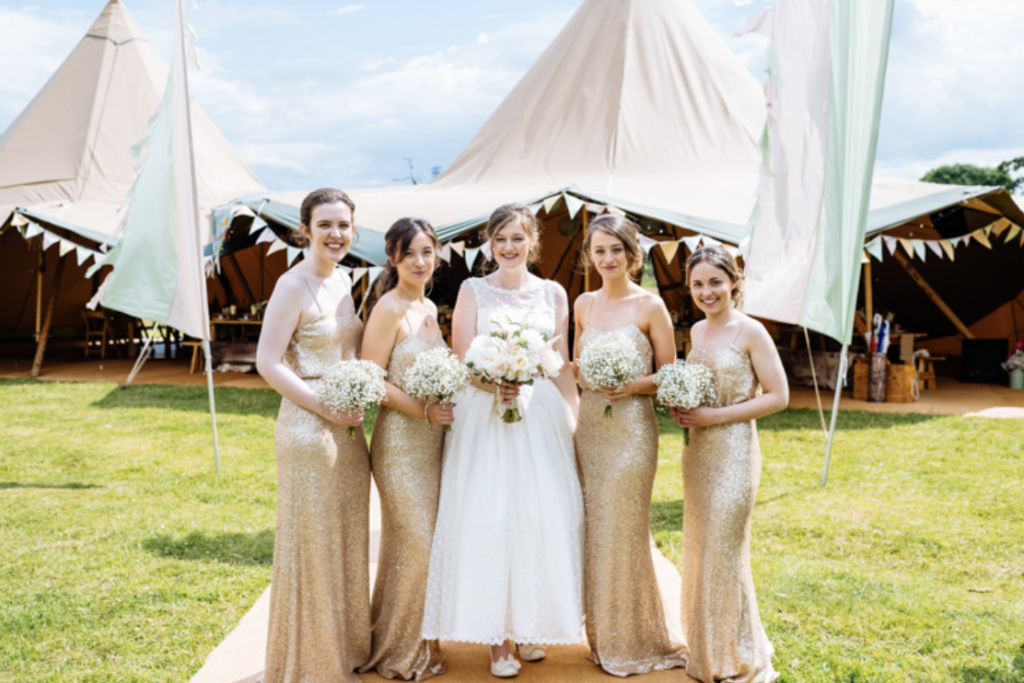 So whatever your version of “tying the knot” bear in mind that you could include this symbol on your day. After all Knots have been associated with marriage and unbreakable promises for centuries and you will be making a pretty special promise on your big day. And the fact you have chosen to hire a tipi might be lucky as our structures are full of knots!