How much does a wedding cost?

It’s one of the most important moments of your life.

A life-long commitment to love, honour and obey.

But getting married is also a big deal in our financial lives. It’s likely to be one of the biggest single splurges on a single event. There’s a good reason for that – the memories last a lifetime.

How much do people spend on their weddings in the UK? Who goes over-budget and what pushes them over?

Bridebook’s survey asked 3,000 couples about their wedding planning and costs.

Some of us are better at staying within budget than others. But what’s the spread of wedding budgets? 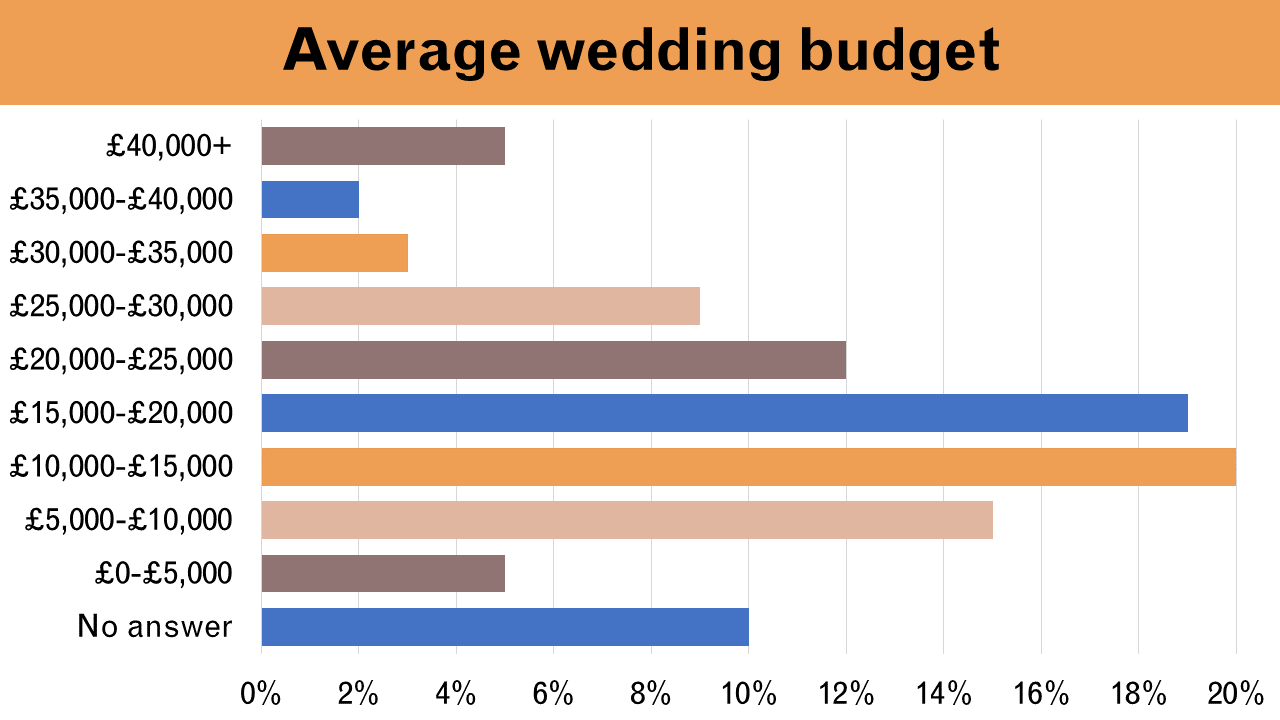 There is a little variation around the country, with most weddings costing between £12,000 and £20,000. The exception is London, where the average wedding cost was over £30,000! 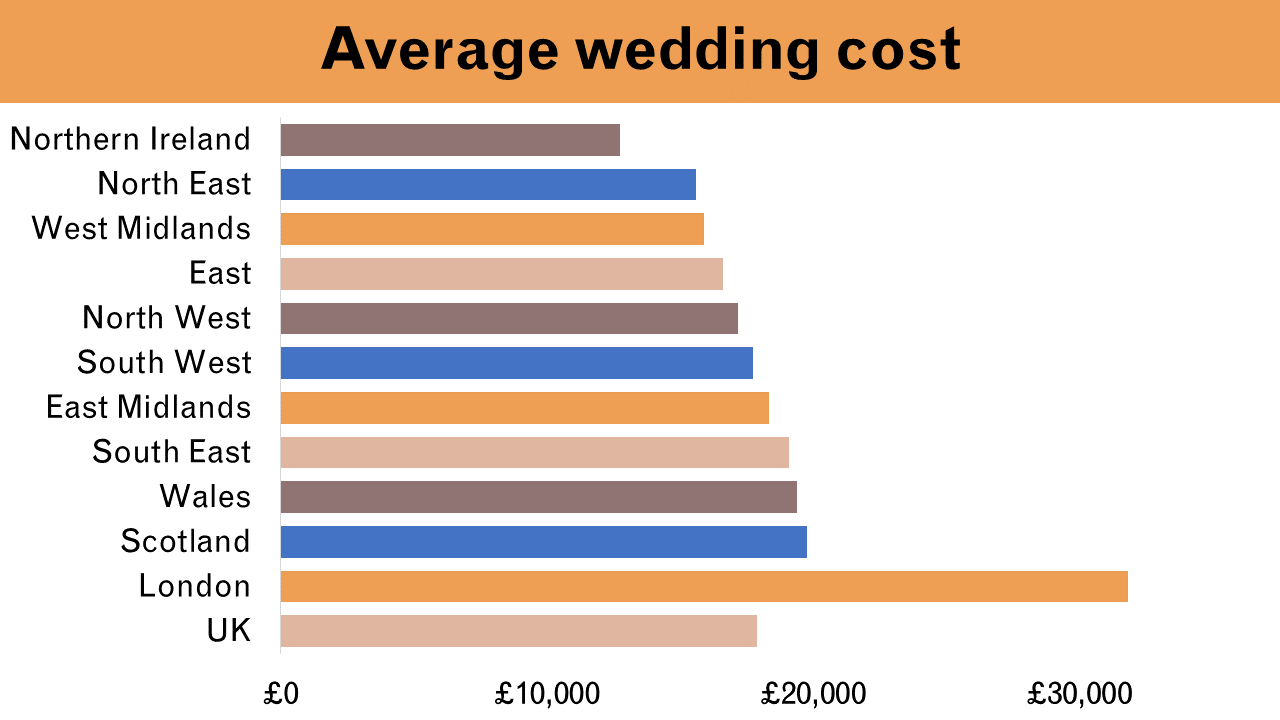 Under and over budget

The Bridebook survey showed that 39% of people went over budget, and 26% claimed to hit their budget. 5% said they were under-budget and 26% said they didn’t have a budget.

According to the Bridebook survey food and drink was the most-cited reason for over-spend (34%), followed by inviting too many guests (28%), the bride’s wedding dress (27%) and entertainment (21%). 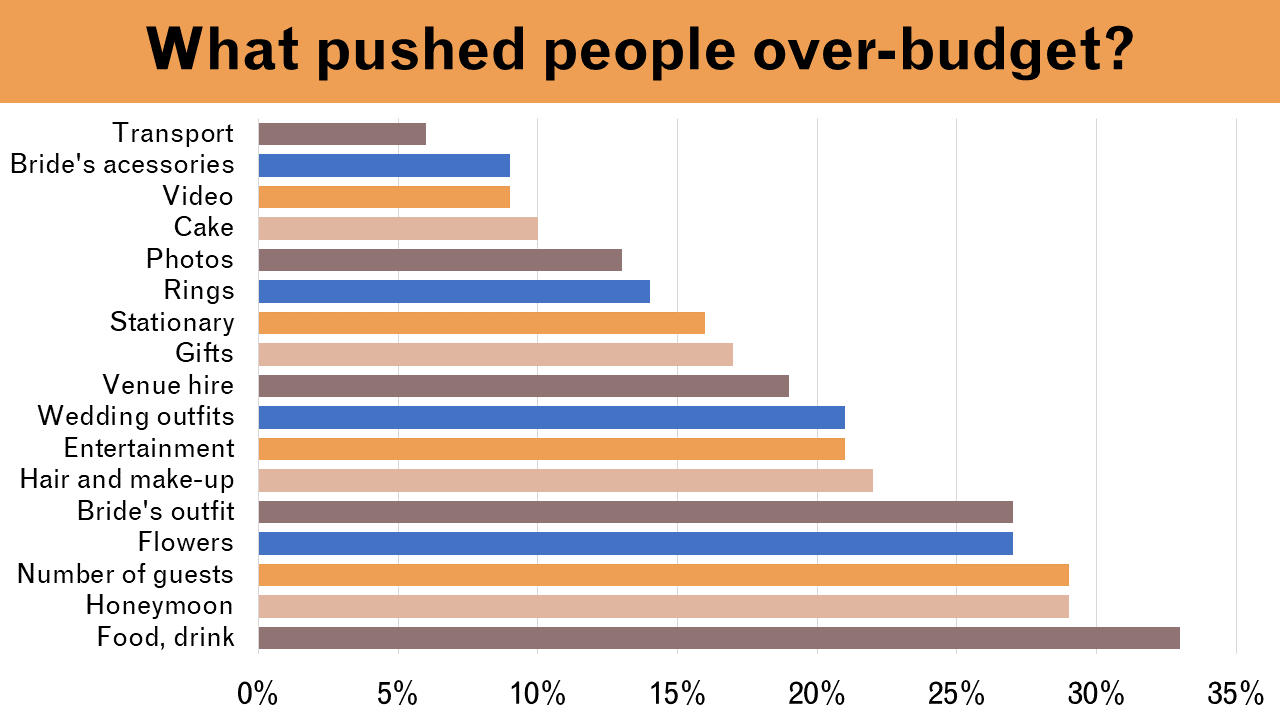 So easy on the vol-au-vents and prosecco! Find out more about hiring a furnished tipi for your wedding on our wedding tipi hire page. Or tell us your wedding budget story in the comments!